Meet Cornelius. He is 32 years old and lives in Nyagacho in Kericho, and is close with his siblings and their children. Cornelius is a confident guy with an ambitious personality, and on first meeting him his charismatic persona hinted towards success. He has always worked for employers in the past, but Cornelius is determined to be his own boss. His determination shone through when my volunteer team first discussed Cornelius’s business with him, as it was clear that he had a strong eye for entrepreneurship and a business vision which he was determined to fulfil.

So what was his business idea?

Fast food is popular in Kericho. Scattered across Kericho town you’ll find numerous people selling roasted maize, popcorn and chips on the street level. For Cornelius, he noticed that in his residential area there were little to no fast food businesses, representing a gap in the market which he was ready to fill. Cornelius came to Balloon Ventures with a plan to start up a fast food business which would sell chips, sausages, samosas and sodas to the numerous school children in the area and to the 200-strong residents that live there.

Although Cornelius is working on a business start-up, he is not starting from scratch. Cornelius has two fryers and a premises from which he hopes to operate from. He came to Balloon Ventures in the hope that he could secure a loan which could help him furnish his premises and to purchase other pieces of cooking equipment which he will need to sustain his business. He has the premises and the start-up equipment, so there is only one thing left to do – get testing!

Cornelius set off with a test budget provided by Balloon Ventures to test his fast food business, which would initially specialise in selling chips. He purchased cooking oil, serving bags, a chip holder, and the all-important potatoes which he would need to test his business idea. The school holidays are fast approaching, so he knew that there was no time like the present to bring fast food to Nyagacho. He spread the news of his new venture and prepared for the opening day.

From the get go, Cornelius was creating a successful business. Customers were flocking to his chips and expressing how happy they were at the quality of the food. School children, young adults and visitors to the bar next door all wanted some chips and said that they were keen to come back for more. For Cornelius, the customer response was great, as were the figures. In his two hours of testing, Cornelius made 1070Ksh in sales which he believes he could increase four times over on an average working day. With these figures in place and the obvious customer demand, it was clear that Cornelius was onto a winner.

Normally after testing, the entrepreneurs take some time to prepare for the pitch which determines whether they will be granted a loan. But for Cornelius, forever the business man, he had other plans. The day after testing Cornelius returned to his premises, and with his profits and supplies from the previous day, he opened up shop for another day of business. The customers returned to his fast-food place and he was selling more chips at a steady pace. Cornelius’s business was well and truly off the ground! 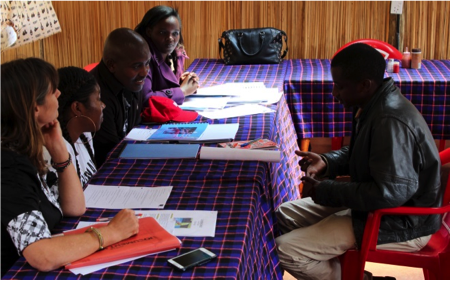 On pitching day Cornelius was poised for success. Although he had essentially started his business without any substantial financial assistance, Cornelius still required a loan to refurbish his premise and to raise the quality of his fast-food place. The success of his testing day and his reliable financial projections put Cornelius in a very good position, and he was happily granted a loan of 37,000Ksh to invest in his business. Cornelius’s has successfully brought fast food to Nyagacho. His ambition and drive has taken him all the way, and he represents a true Balloon Ventures success story!

Before finishing, there is one final thing you should know about Cornelius – he almost missed out on being part of Balloon Ventures altogether! On the programme assessment day for prospective entrepreneurs, Cornelius accompanied a friend who was applying for Balloon. Cornelius, though not an applicant, spontaneously took part in the assessment and impressed the programme managers with one of the highest scores of the assessment. He displayed the initiative which a business man needs to reach his goals, and embodies everything Balloon Ventures wants from their entrepreneurs. A risk-taker, determined to reach his vision, Cornelius is a prototype for the perfect entrepreneur. He has learned and engaged with the work of Balloon, and has been rewarded with the means to create a sustainable business which can improve his future. He has brought the chips to Nyagacho, but I have a feeling that Balloon Ventures has brought more to Cornelius than chips can buy. 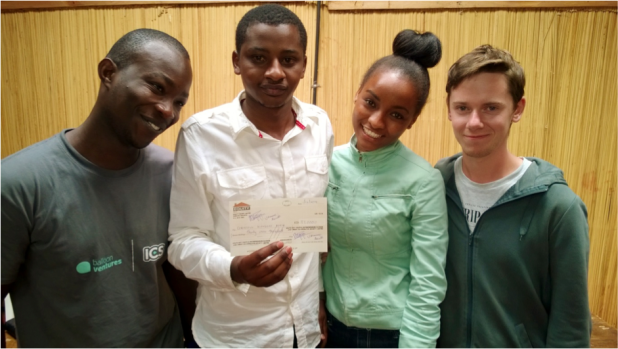 ← How to start a successful business in less than 3 days: The story of the ideal egg-man
I often wonder how Kenya has changed me… →

One thought on “Meet Cornelius Korir”